It is summer time here in Australia and hence I find myself at the beach quite a bit. So naturally I want to talk about gruesomely dying in the jaws of a shark. Biologists often claim that the risk of dying from a shark attack is so inconsequentially low that any rational person would ignore it, in comparison to the many risks we take doing mundane activities like driving or taking selfies. Often the statistics quoted go something like this

This indeed says that deaths from shark attacks are incredibly rare, but it says absolutely nothing about the relative risk of dying from a shark vs. a car. The numbers are meaningless without an appropriate denominator (that pesky number at the bottom of a fraction). The denominator here is “years”, as the statistic is “deaths per year”, but is that the correct choice for identifying the risk of death when choosing between activities? I don’t think so. There are many people who never venture into the ocean, and of those who do, most visit only a few times per year. In comparison, the average person in the US drives nearly every day. In other words, how many times do people really have the opportunity to encounter a shark?

So below I calculate a more meaningful statistic, the probability of death per instance of exposure (or at least a very rough estimate). Doing so, we can determine the distance one would have to drive in order to obtain the same chance of dying as someone going to the beach and dying from a shark attack. It starts with the numbers below

The risk of dying from a shark attack in a given beach visit is therefore roughly 1 in 110 million and the probability of dying per mile driven is approximately 38,300 in 3.1 trillion (or roughly 1 in 81 million). What does this mean? These numbers are quite close, the risk of death from driving 0.74 miles (or 1.2 km) is about as high as dying from a shark during a beach visit.*

Now you can look at these numbers and think, the risk of dying from a shark attack is so low … it is equivalent to less than a mile (or a little over one km) of driving. Alternatively, you can look at these numbers and say wow … the statistic, “1 death from a shark attack vs. 38,300 deaths from car accidents” really makes the risk of dying from sharks sound a lot more inconsequential than the calculations above. Which camp you find yourself in might depend on how much you drive or visit the ocean without using a car. I’m gladly happy to visit the beach and take such a small risk, completely ignoring the chance of being eaten by a shark, but perhaps the risk isn’t as inconsequential as I once thought. Whatever your thoughts, the reminder here is that it is important to think about the appropriate denominator when talking statistics (there is almost always some assumed denominator, whether we realize it or not … absolute numbers are often misleading). 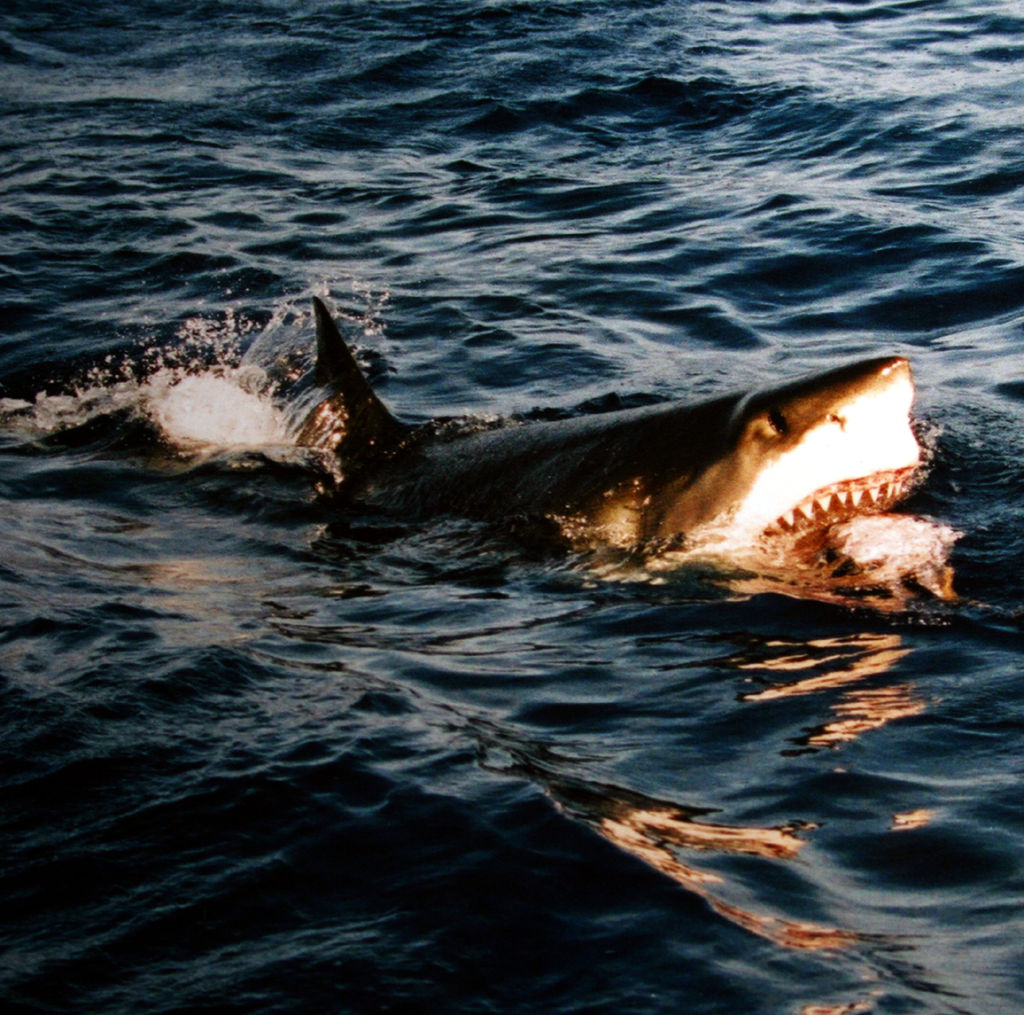 *These calculations required some assumptions. First we assumed the numbers from the above sources were true. We also assumed that everyone at the beach goes in the water, which likely isn’t true – the risk of dying due to a shark attack might be more like the risk of driving one or two miles if for example only half of beach goes ever go past ankle-deep in the ocean. We also assumed that shark attacks and auto-accidents occur at a fixed rate for all individuals. This is of course untrue, by driving safely or taking safety precausions in the ocean you can reduce your risk of dying in either situation. We are merely looking at averages here.